Click here to book your visit with Dr Andreadis

Call or Email
to Make Appointment 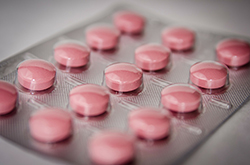 The new kid on the Polycystic Ovarian Syndrome block: Letrazole


You’ve probably heard of Clomid? One of the most common drugs used in fertility medicine. It’s been around since the 1960s, so we’ve had a lot of experience with this medication. We use it to help women with Polycystic Ovarian Syndrome (PCOS) ovulate and less commonly it’s used to improve men’s sperm counts.

It’s time to move over though, Clomid. There’s a new kid on the block called Letrozole. When new drugs arrive on the fertility medicine scene we get a little excited because it doesn’t happen that often, especially when it’s an improvement on existing options. Both of these drugs are used with the aim to cause egg release (ovulation) and hence, pregnancy.